Y Dref Werdd is an environmental community project that was first established through the Communities First programme back in 2006. Along with its sister project, Antur Stiniog, it was formed as a group that would protect and enhance the local environment in Bro Ffestiniog through a wide range of projects.

The Communities First programme provided financial support to projects like Y Dref Werdd by covering staff costs, who would turn the ideas into reality. After several years of developing projects that included safeguarding a local river, enabling Blaenau Ffestiniog to become a Fairtrade town, establishing various partnerships to care for parks and green spaces, the development of allotments and out-of-school clubs for children, the project as a whole proved to be a big success.

As the Communities First programme came to an end in 2011, Y Dref Werdd was left to think about how the project could continue without the Communities First support.  It was then that it was established as a Company Limited by Guarantee and a board of directors were appointed to support and ensure Y Dref Werdd continued, and the decision to approach the Big Lottery Fund was made.

Building on what was learnt during the Communities First time, an expression of interest application was made to the People and Places fund of the Big Lottery for the project “Datblygu Tref Werdd Ddyfeisgar” (Developing a Resourceful Green Town) and an invitation was made to make a full application for funding. In early 2015, after the hard work of the volunteer board members with the necessary consultation for the application, a grant for three years funding was awarded to run the project and develop specific projects in the Bro Ffestiniog area, focusing on Energy, Food Waste, Environment, and Skills and Training. 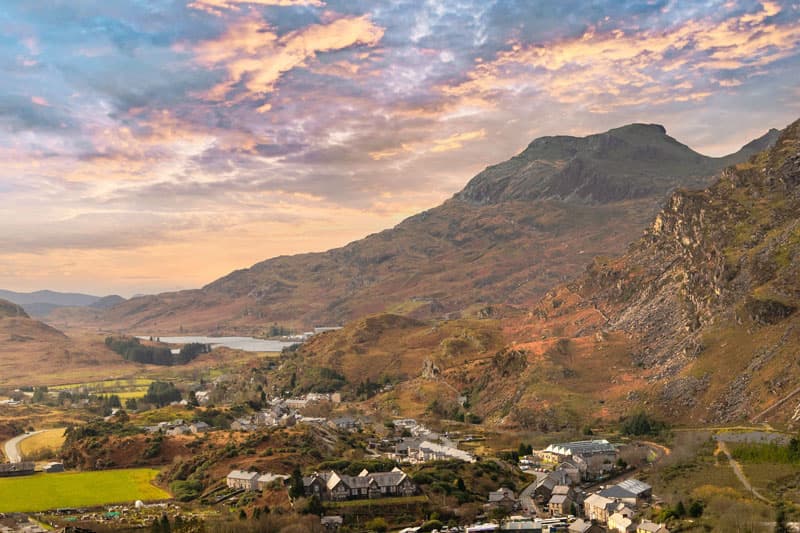 Based on the success of the 2015-2018 project, a further Lottery grant application was awarded in 2019 and has funded the 4 year 'Gwarchod Cynefin Drwy Cynnal Cymuned' project (Protecting Habitat through Supporting Community).   This grant funded 4 roles within Y Dref Werdd - two Wellbeing Workers, one Environmental Project Worker, and a Project Manager.  Since then, thanks to various small grants from WCVA, Cyngor Gwynedd, Mantell Gwynedd and more, this small team of 4 has grown to 11!

To learn more about our team click on Who's Who below.